My long-awaited appointment with my neurologist, whom I saw for migraine for at least ten years before switching to Dr. H, is approaching on Tuesday. It took me months to get in with her; I’m a new patient again.

I am unaccountably nervous. So much depends upon this appointment. Are her treatment methods still the same? Will she have heard of or be trying anything new? Will I be able to make an appointment for Botox injections, which my insurance WILL cover since the doctor who administers them is in fact a neurologist?

I am afraid the hysterectomy will horrify her, that my appearance of “crawling back” now that my other doctor is no longer practicing will annoy her, that my chronic daily headache status, probably brought on by unavoidable medication overuse, will be disappointing to her; the great and famous and incredibly busy Dr. T. Why did I leave her care in the first place, she will wonder.

Dr. G T is a Big Fucking Deal in the field of neurology in the tri-state area. She is the best of the best. I hope she still finds me worth her time. I hope I can continue on my same meds, receive the Botox, and benefit from her up-to-the-minute research and ongoing studies.

The following is a document I wrote to fill her in on my treatment history over the past six years.

TREATMENT SUMMARY 2006 – 2012
Began seeing Dr. E H (general practitioner) for headache care due to her association with our local hospital and convenient location near my house. She actually offered to take on my case when I was hospitalized under her care (we are guessing that was around 2006). I believe that she still consulted with Dr. T occasionally.

• We discussed that she would be continuing the same style of treatment that Dr. T had utilized, and simply transferred my same medications to her office.

• She switched me from Zoloft to Cymbalta for depression with migraine which was very successful. Eventually another switch was from Fioricet 3 to Percocet to avoid the caffeine / butalbital increased likelihood of rebound.

• Headaches began to be more hormonal in nature – problem only increased after second pregnancy and delivery. After cessation of breast feeding things seemed to only get worse. ER visits increased. During this time I also began to experience severe mood swings and an interesting aura characteristic which made my nose swell and become quite red. After research, realized I was having hot flashes.

• Tried a few different tricyclics for prevention (had been on Elavil) – none seemed to work – eventually stopped taking standard preventatives. Did continue gluten-free diet and avoidance of triggers, etc. Hormone, weather and stress triggers most problematic.

• As I transformed into a Chronic Daily Headache pattern, Dr. H tried to get me into the inpatient clinic at U of M, but my situation wasn’t severe enough. They scheduled me an appointment with a neurologist there instead, who suggested baths with Epsom salts, magnesium supplements, and gave me a couple of those nerve block injections in my neck. The nerve blocks didn’t help at all, and I was insulted by the other suggestions.

• Saw a pain therapist / biofeedback practitioner connected with U of M for several months. Also seemed to have no effect, was not covered by insurance and was a long drive. However the LISW guy was kind and talking about the effect chronic pain was having on my life was a relief.

• Saw a pain specialist locally and he said he couldn’t do anything with me until my pain cycle was more under control.

• Was getting headaches every day, severe 4 times per week, using too much medication and missing a lot of work. Was going to the ER every month. At ER, Dilaudid with Zofran, or a Phenergan / Benadryl combination is all that would work; they also occasionally gave me Decadron. Sometimes it took two visits. 2 -3 day hospitalizations for DHE became more frequent. Rarely used DHE myself during this time due to frequency of Imitrex use; pain was too severe to wait until enough time had passed to safely use DHE. When I was admitted, they would give me Dilaudid for acute pain in the ER and again upstairs until the 24 hour marker had passed from the last Imitrex taken.

• Briefly saw a chiropractor again- felt the chiropractic care made me worse.

• In 2010 Dr. H mentioned that due to my previous issues with endometriosis and cysts, early menopause symptoms and now the hormonal headache, I might be a good candidate for ovary removal. My tubes were already tied. I was fine with this idea.

• After a 6 month period of being hospitalized or having multiple ER visits every month during my period, Dr. H sent a letter to a surgeon / OB at the same office where I had my prenatal care. I made an appointment, and the doctor there agreed to do it right away because of my extreme situation. J and I contacted our insurance and they agreed to cover the procedure.

• Dr. M P completed a trans-vaginal total hysterectomy for me on July 12, 2011. There was endometriosis present. Recovery from shock to my body / hormones was slow. I was re-hospitalized soon afterward as I tried desperately to adjust to my lack of hormones and using the estrogen patch. Our goal was for me to go to Dr. B at the Compounding Pharmacy for hormone replacement; when I finally got an appointment there he made me a mixture (estrogen, progesterone, and DHEA) to take orally. Again, adjustment was hard.

• I loved Dr. B but my headache situation began declining after switching to his oral formula. Also his staff was unable to have refills ready on time. I was hospitalized for intractable migraine in fall of 2011 and seen there by Dr. S “Manhands” who practices with Dr. H (also during hospitalizations I would see a neurologist – Dr. Mahmood). Dr. Manhands is a little more blunt and traditional than Dr. H and questioned why, without a uterus, I needed to be taking progesterone. He said I needed to be back on the patch and thought I should try another preventative, suggesting Lyrica. I said I would try that as well as the patch.

• The patch caused an improvement, and I have been on the Vivelle Dot .1 twice-weekly patch ever since. Also around that time I began to again take 400 mg/day of B2, as well as Magnesium, and Feverfew. Also tried Butterbur and CoQ10. I still take all of those except the Butterbur every day as well as a Super B vitamin. The Lyrica after about 6 weeks seemed to be causing depression, which is the usual with me and anti-seizure medicines. I stopped taking it.

• Dr. H and I began to discuss the possibility of Botox injections, which I had at UT with Dr. Pr before it was approved for migraine by the FDA. The first time (at UT) it worked great and then each subsequent time it worked less well so I stopped. Another doctor in Dr. H’s practice had taken a fellowship to be able to administer the shots for migraine so we began to set it up. At the last minute it was denied by insurance because Dr. K is not a board-certified neurologist or pain specialist.

• Dr. H prescribed 2 mg Zanaflex to use as needed and I found it to be an effective “helper medication.” I did some research on using it as a preventative and some studies seemed to indicate that it was successful in reducing chronic daily headache. I talked to Dr. Manhands and he upped the prescription to 4 mg, 60 per month. I break it in half and take 2 mg every morning and 2 mg with other medication when / if I get a headache; more if the headache is severe.

• Dr. H had to stop practicing medicine due to her increasing symptoms of MS. Due to her particular characteristics of empathy, availability, and excellent instincts, I felt safe with her directing my migraine care but wouldn’t feel comfortable with any other “regular” doctor so I decided at that point to come back to my neuro and made the appointment. Since the appt was months away I asked Dr. Manhands to take on my care on a temporary basis. He suggested another preventative, Lamictal, which I had taken before but agreed to try. I have since stopped due to severe depression, again. Have also seen another pain therapist (locally, no biofeedback this time) and found it boring and predictable and stopped going.

• The hysterectomy improved the menstrual headaches and mood swings and I have FAR fewer ER visits, but the “chronic daily” pattern for the most part did continue, except for better weeks here and there. Lately have begun to use DHE more often to break rebound cycles on my own – going to hospital much less because of lessened severity and being able to wait out the pain to treat with DHE at home. I have the same number of “headache days” but pain is less severe. (When missing work however it is hard because I don’t have the “proof” of ER papers to show my boss. For 3 or 4 years every time I had to call in sick at the last minute, I was able to show proof of how dire my situation was, which caused less enmity from my co-workers and supervisor.)

• I had hoped for a decrease after the hysterectomy to three headaches per week. When this didn’t happen, I decided to shift my treatment expectations from “cure” or “significant improvement” to “successful pain management.” Right at that time, Dr. H left, which threw everything into a tailspin.
• Last ER visit: July 15. Previous before that was April 1.
Last hospitalization: Mid-February 2012

———————————–
Of course, nowhere there do I state that I have lost friends; that I constantly feel like I am letting down my family and frustrating my co-workers. I have been wanting to volunteer for my friend’s campaign for Ohio House and have been unable to.

I want to be normal. That is what X said while J was in San Francisco recently, breaking my heart as I had to ship the girls off to my parents’ once more: “Mama, I wish you could just be a normal person.” not said with malice or even frustration, just… sadness. I told her the migraines hurt my heart more than my head.

And yet if I were suddenly normal – I wouldn’t be me. I wouldn’t know how to live. I am the headache and the headache is me. But a couple fewer of them per week? No longer having to cancel all the plans I risk making, miss so much work, let down the people I love? Yes, please.

And if anyone can help me get there, it’s Dr. G T. Please keep me in your thoughts Tuesday morning. 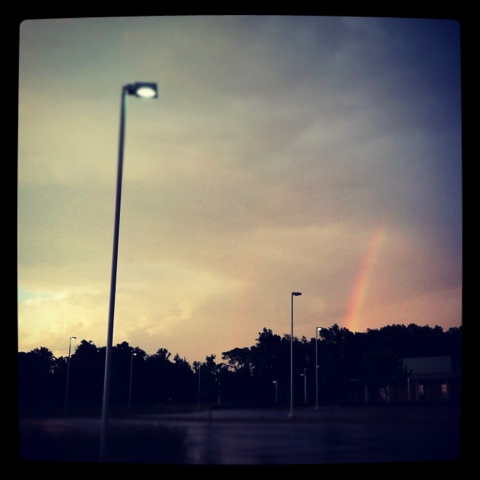