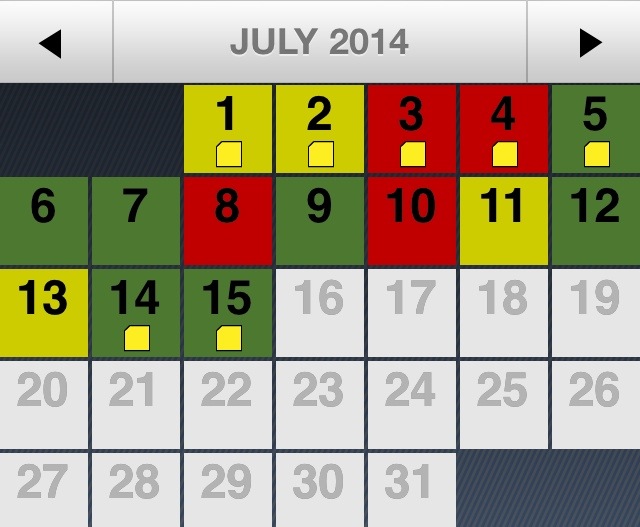 Today was my seventh Green Day of the month.

I have not been to the ER for six weeks, four days.

We traveled by car today, for about three hours, total. A trip to Lake Erie, and to find the old farmhouse where I spent my first eight years. I didn’t need to take an Imitrex, only Tylenol.

All three of the above are pain-free records for me. Since January when I started using the My Pain Diary app religiously, the most Green Days I’ve had per month is four. A Green Day means pain below a 4 and no Imitrex. Also since January and probably before, the longest I’ve been without an ER trip is six weeks, two days. And never in my adult life have I been that long in the car on any type of excursion without needing Imitrex.

Today is the kind of day that feels meant, like nothing is coincidence. My old farmhouse? Now the headquarters of a Community Supported Agriculture business called “Shared Legacy.” Surprise! That’s where my sister-in-law gets her veggies (my brother lived in that house too; it’s where we were during the Blizzard of 78, before rescue). The fancy golf course across the street? J’s family used to hold tournaments there, another surprise. While we were at the lake, I was hoping to see a bald eagle, because there are nests there, and I’d never seen one. While we were at the top of a huge, high deck overlooking the marsh, one flew directly overhead.

So it didn’t feel like a coincidence when my phone rang in my hand while we were driving. The “old fashioned phone” jangle that means doctor or school. It was my neurologist’s office. My next appointment with C was supposed to be tomorrow, but I canceled it because I have nothing to say to her right now. I listened to the voice mail, and it was C herself, saying sternly that she needs to talk to me about medication and to call her on her direct line. I immediately knew they had to have checked my medications list in the Ohio database and had seen that I went to Mercy Pain Management and got the Percocet. No way was I calling back. I sent Mom a text and she said, “Don’t call back, C is so hard to deal with, GOD knows.” (A pun on C’s statement that my treatment was in God’s hands; love my funny Mama.) And then, after driving past the farmhouse and my old elementary school, she called AGAIN. At 6:30 pm.

I haven’t listened to that message yet, and don’t plan to. I am done being scolded. I am following my own instincts and soaring free.

**Addendum: J listened to the second voicemail, and C said she just wanted to know how often I’d been using Imitrex injections (the pharmacy had contacted them for a refill). I called and left a message with that information. I think it is telling, however, that I live in fear of this woman, and still think it would be for the best to get a new neurologist.