So there we were, me hauling costumes and my purse; Zo with her book bag on her back and pulling the supplies bag behind her like a caboose. A wave of sick heat rolled over me, with that horrible certainty as your stomach contents rise toward your throat. “Zo, I’m going to throw up.”

And I ran. I tore around the corner toward the glass exit door, pushed it  open, and swung my upper body toward the mulch and spindly December bushes to the right of the sidewalk as I tried to aim over the priceless, irreplaceable costumes I was holding. It all poured out of me in a rush. Gasping relief. A bystander pretending not to see me. A little splash back onto the garment bag but all in all, a nice save. Zo’s white face behind the glass.

“Do you feel better now, Mama?” Hope, desperation in her tremulous voice.

I had looked Mindy,* mom of Zo’s best dance buddy (and a boy! boys dance too!), in the eye and told her I wouldn’t drive if I realized I wasn’t safe. I was starting to have my doubts.

I sent J a text. “I puked.” What to do. The airport conference building where we were was in the middle of nowhere, 40 miles from home. I had noticed we were close to one of our favorite area metroparks… maybe I could make it there. I called J and said I did need him to come get me, that I’d meet him at the park.

But when it was time to turn out onto the road I knew driving was a mistake. Cognitively, I would have  as much chance of finding the park again as Zo would, and iPhone Maps Lady’s calm mechanical voice was not helping, she might as well have been the teacher in Peanuts specials. “In 3.2 miles, wah woah wah wah wahhhhhhh.” Having no idea where I was going, I turned down another road adjacent to the airport. I saw six large dumpsters in sort of a pull-off parking area, so I drove into it. I think my plan was to try to figure out how to get to the park. Zo started crying. My memory is hazy here, but I think I realized I needed to just find a safe place and stay there, and as a truck pulled into the dumpster area I decided that would not be the place.

I tried to reassure Zo and drove slowly to the main airport, the closest and only landmark. I said, “We’ll wait here for Daddy.” She replied in a shaky voice “can he come really fast?”

Fortunately the huge parking lot was nearly empty, but it seemed like a maze, never ending curves of road with no access to actual parking spaces. I thought I had found a way in, then saw there was one of those parking gates in the down / closed position and a sign which read “Employees Only.” At that I made a sound somewhere between a bark, a laugh, a moan, and a sob and Zo said “Mommy! Are you dying?”

I had to reverse and drive backward out of the curve. I got turned around and as Zo cried tears of pure panic and I whimpered and talked to myself, I drove around trying to find  a parking area I was able to enter. It occurred to me that in a few more minutes, I would need to just stop, put on my hazard lights, and call 911.

But there, an opening. “Rental Car Return.” I pulled into a spot, opened my door for a breeze, and called J again that I was at the airport. He was on his way, with his mom so that he wouldn’t have to leave his car.

While we waited, I tried to reassure Zo. We’d never let the girls see me so  sick, so she didn’t realize this was still “just” migraine. I tried to explain and she said “Okay that makes me feel better.” I fought to remain conscious, my burning forehead in my hands, elbows on knees, bare feet on the asphalt. Zo’s little hand patting my hair from behind, her terrified, feeble suggestions. “Think happy thoughts, mama.”  “What if you play your game on your phone?”  “Do you want me to find you a show on my iPad?” “Can daddy tell the police he needs to drive really fast?” And, every now and then, the plaintive repetition of “Are you dying?”

All I wanted to do was hold her in my arms and tell her it would be all right. But at a 9 or 10 pain level, I could barely speak or move. When I did use my voice, my lips felt numb, and my words were slurred. “Everything is going to be all right. You are safe. Daddy will be here any minute. You are so brave and I am proud of you. I’m not dying… I have a migraine.” Her hand on my head.

When my mother in law’s SUV roared up, it was like the parting of the waters. I realized I had been afraid I would never be found, that I’d slipped into a circle of hell or a Murakami-esque parallel universe. Joy and relief radiated from Zo as she launched herself out of her booster seat. J’s mom took both girls with her, and I let go completely and gave in to my pain and fear as J shifted me over to the passenger side and drove us toward home.

I decided to not go straight to the ER, though with a vomiting level 10 I knew I’d end up there. All I wanted was my bed. J was truly a knight in shining armor as he got me upstairs with my “Icekap” migraine hat, a basin, and pills mashed into powder and mixed into applesauce. Dark, quiet cloud. He called in my imitrex injection refill and went to pick it up. I went all the way out.

Two injections and one serious nightmare (about having a severe migraine while juggling responsibilities) later, I told J it was time to go. I’d just been in the ER two weeks prior, but I was out of options. J dropped me off at the door and I shuffled inside, wrapped in the Frozen fleece I always bring.

And, that is pretty much the end of the story, a terrifying migraine experience that ranks near the top of worst case scenarios. I could describe the ER, and in fact the handsome young doctor did ask more questions and seemed less inclined to give me the meds I need than anyone else this past year, but I did end up receiving the requested fluids, zofran, and dilaudid. As the nurse started my IV she said, “We can always tell when it’s the real deal. Makeup and hair done? Migraine my ass,” she extrapolated. “Sorry about the language.” I assured her it was fine, and wanted to say that drug seekers piss me off too, given that they cast an umbrella of suspicion on all of us, but still couldn’t really communicate. I’m sure that, along with my high blood pressure, didn’t hurt in their determination of whether I was really in pain.

The saline bolus burst through my parched veins and carried the dilaudid on little cat feet from my chest, through my arms, and up into my burning brain. The rush, the relief, tension and fear draining, the cacophany of the hospital (a raspy never ending cough, a baby screaming, machinery beeping, carts rolling) fading away, pain fog replaced by a soft blanket of well being.

I left at a 4, but a calm 4. There were more medicines at home, and my own bed in my safe space. Right now, a day later, low levels of pain still come and go. J and X took Zo to her Nutcracker performance. I’m not going to die, it’s “just” a migraine… and, with a little help from my friends, life goes on. 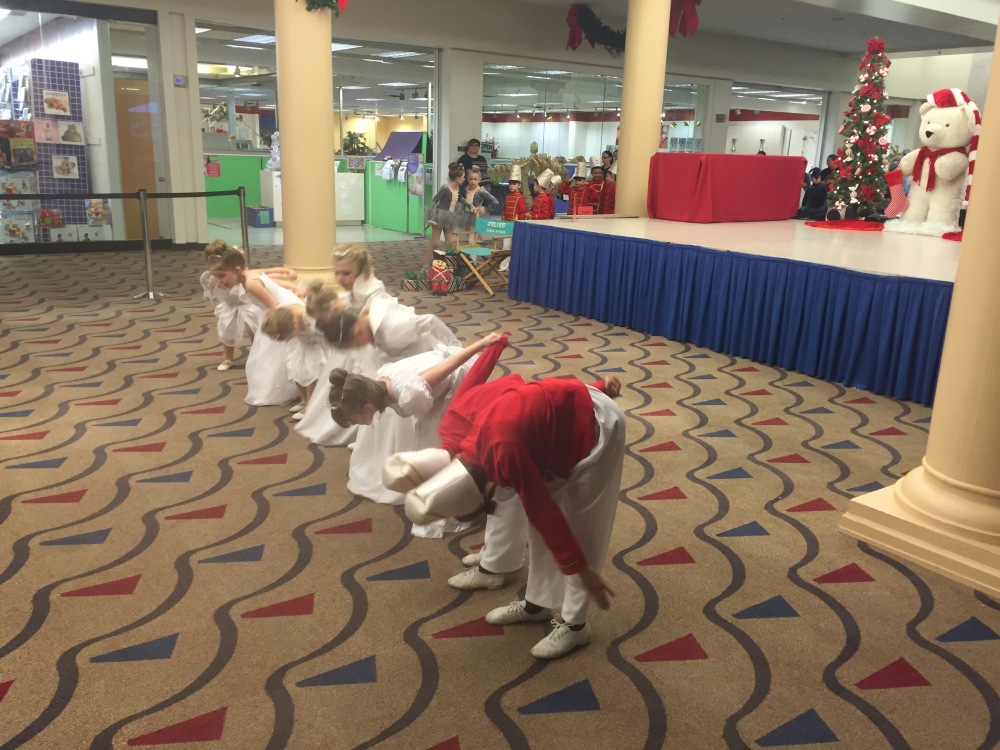