I had a weird feeling about it from the very beginning.

Of course there was the initial excitement of being emailed by a national television producer, but that quickly gave way to anxiety that at some level hasn’t let up since March 1.

Since becoming a writer and advocate for migraine.com, my personal blogging at home has become professional. I am technically freelance, though Health Union calls us all a team, and we all feel happily “employed” by that company. But I don’t have a boss, or anyone looking out for my best interests, to make sure I’m being properly treated, compensated, and served in any other capacity I advocate for migraine. I can only continue advocating for myself, for my own time and energy, the same way I do for my illness.

I attended the #huconnexion17 conference; was asked to attend the Amgen Bloggers Summit in LA; and filled out a form for a possible financially compensated video appearance for a so far unknown migraine awareness production. All of these were efficient, official, and I was either reimbursed or otherwise compensated.

Not so with this supposed WebMD / Robin Roberts Productions “Migraine Awareness” video series. Even though it was potentially huge, and John bragged about it to everyone he knew, I kept quiet. I was starting to be able to distinguish professional opportunities that were worth my time from those that probably wouldn’t be. Or wouldn’t happen at all.

Here is the email I sent them this morning withdrawing from the project. After all, there is no one to look out for me… except me.

After getting up and assessing how I feel I am starting to have some concerns. I appreciate you reading this email rather than my having to try to explain this on the phone.

I was initially excited about this project due to the idea of promoting awareness for migraine disease. However, since first being contacted by Lynn Draisin on March 1, and then speaking with her on the phone a few days later and agreeing to be filmed, I have been told I was to be filmed here in mid-March with details to come. Then the plan was that I was to be flown to NYC at the end of March, so I began to make plans in that direction, but when I didn’t hear anything I had to reach out to both Lynn and Taryn to hear that this was no longer going to be the case due to scheduling but I would once again have to accommodate people here in my hometown. I was told by my migraine.com colleague Kerrie Smyres that Lynn was actually leaving her job with the production company. I sent Taryn many, many requested photos and then sort of got “passed off” again to someone else. While I totally understand that this is probably how these types of projects normally work, it’s not something that has been making me feel comfortable.

People with longterm chronic illness develop an almost permanent state of anxiety and PTSD due to things in our lives constantly being beyond our control. From the migraine disease itself to problems with disability and insurance and doctors and hospitals to no longer being able to work outside the home there is very little that is stable about my situation. To have yet another unstable and uncontrollable situation looming over me, because that’s how it feels, has begun to produce more anxiety and negative effects on me than the benefits that may be felt by me personally or the migraine community from my involvement.

Health Union, the company behind migraine.com, and the Amgen Bloggers Summit, and the few other inquiries I’ve had about promoting migraine awareness through my writing or physical representation have all provided immediate official paperwork, statements of intent, project prospectuses, and promises of compensation. I’m realizing that in this situation, especially with the request of my young daughters to be involved, I have seen nothing official except assurances that you all work with Robin Roberts and that the series is going to be on WebMD. Not being able to control things like weather, my husband’s teaching schedule, my own secondary migraine symptoms (the severe pain has truly been lessened due to the CGRP trial medication but I deal with the other migraine symptoms of nausea, depression, occasional cognitive dysfunction, allodynia, vertigo etc on a daily basis), my daughters’ school and activity schedules AND the fact that I am not even going to be able to control the narrative your company presents about my personal situation, I have reconsidered appearing in the project.

Of course, I understand we needed to speak by telephone and that many of the issues of official paperwork, dates, times and plans may have been discussed then, but it’s not enough. My time is valuable, and I am not getting the impression from your company that it is seen as such. I hope that your project is able to move forward and that it does increase awareness of migraine disease, but it is going to have to do so without my involvement.

I’m sorry to only drop this on you this morning, but I haven’t been well and only was able to figure this all out just now. Since plans have been continuously evolving on your end also, I hope you can understand my position.

I am cc-ing my husband on this email so please make sure to include him on any replies. 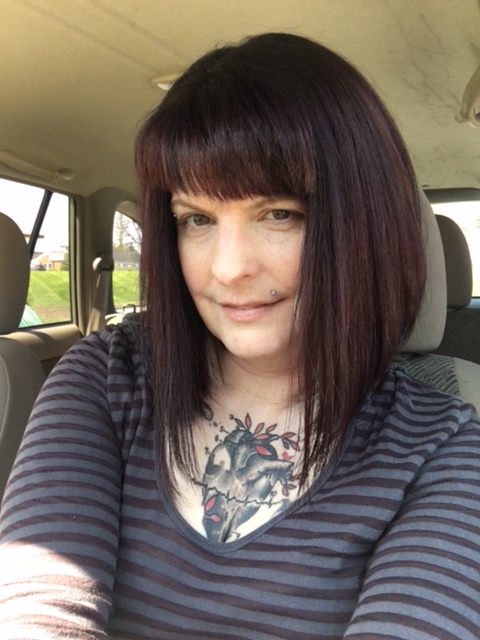